Weekly : The world is full of psychopaths. They can be your conniving co-worker who somehow seems to get away with everything or maybe a normal guy who served you coffee this morning.

Psychopaths look like you and me, but there’s one major difference: they don’t have a conscience. They can harm others with zero sense of remorse or guilt. They spend their lives learning how to mimic normal human emotions, but they don’t actually experience any of those feelings. Things like love, compassion trust, and forgiveness — all just convenient vulnerabilities to be exploited.

Here are some of the signs you need to keep in mind:

1. They repeatedly flatter and compliment you

Have you ever felt weird when someone tries to be “too” nice with you, or do things in excess with an unnatural feeling to it?

Apparently, there’s a cycle that psychopaths follow when they try to manipulate people with affection. They show extreme endearment at first and then abruptly cut you off from his/her life. Manipulative behavior is characteristically fake, you must know how to spot it.

If you ever hear a person stressing on how he/she was a victim of something constantly in casual conversation, be aware you might be dealing with a psychopath.

They always try to create sympathy or some kind of bubble of immunity to consequence, it confuses the person they’re consciously or unconsciously trying to victimize. You know when someone does this, and you don’t believe it?

3. Psychopaths could involve you in a love triangle that doesn’t exist

A psychopath who is either male or female in a relationship could continuously refer to other ex-partners or try to hold things over the head of the other person, keeping them in a state of subservience, or something that involves manipulation.

Mind-Blowing Psychological Facts You Must Know About Yourself

If a psychopath does something wrong, he/she could hold you responsible for his/her fault. They try to confuse you and make you think that you’re insane or incapable of understanding things. 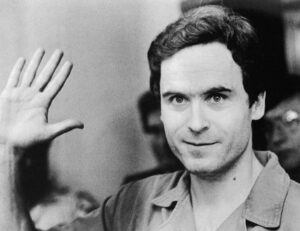 Psychopaths do things that constantly make you doubt your place in someone’s heart. If they’re active on social media, they’ll bait previously denounced exes with old songs, photos, and inside jokes. Weekly Express states that, They attend to the “competition’s” activity and ignore yours.

Even if they are small lies, be aware that if you know a person who is lying left and right, quicker to lie than tell the truth, they are straight up dangerous.

Things to Ponder While Looking at the Future of Healthcare

7. Psychopaths can destroy your self-esteem

It’s a process where they compliment you a lot or shower you with affection, and then brutally switch to cold mode and criticize you or attack you. This is what these people use to break people down and make them submissive: don’t bend to anyone, ever. Read more at Weekly.