In 2019, Delhiites consumed 40.3 tons of weed, the third-highest for any city in the world, according to a study. Mumbaikars were not far behind, as the city consumed 32.4 tons of cannabis and was ranked sixth among 122 cities for which the data was available. New York topped the chart with consumption of 77.8 tons while Karachi came second with 43 tons. 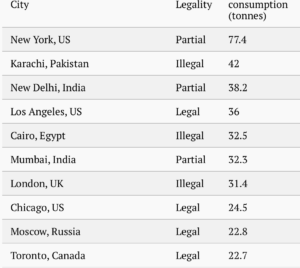 Nex in the Biggest Pot-Smoking States of the World is –

7- London, United Kingdom – Cannabis consumption is illegal in London. It could generate a staggering $237 million in annual taxes by legalizing marijuana consumption and taxing it at the same rate as cigarettes.

6- Mumbai, India – India’s financial capital is leaving close to $90 million a year on the table by not legalizing and taxing weed consumption. 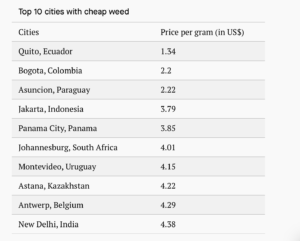 5- Cairo, Egypt – The capital of Egypt consumed 32.59 metric tons of cannabis last year, even though it’s ridiculously expensive at $16.15 per gram.

4- Los Angeles, United States – Cannabis consumption has been legalized in the state of California. Los Angeles has 156 headshops and 46 grow shops, according to ABCD. 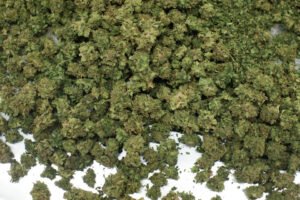 3- New Delhi, India – New Delhi is one of the world’s cheapest places to buy weed. It costs $4.38 per gram in New Delhi.

2- Karachi, Pakistan – Cannabis consumption is illegal in Pakistan. But, according to a UN survey, it’s the most consumed drug in the country with more than four million users. The largest city of Pakistan consumed 41.95 metric tons of marijuana last year.

Recovering from stomach flu? Check out the foods you should eat and avoid

Waking Up With Back Pain? Here’s What You Can Do